Laminated glass is made of two or more glass panes which are joined together with a strong PVB film. The film makes the laminated glass tough and difficult to break. After the prelamination, the panels are fully pressed in the autoclave under high pressure and at a temperature of approximately 150 °C. Special films can be used to improve sound insulation and fracture toughness. By increasing the number and thickness of the layers of glass and film, the protective properties of glass can be increased and, for example, burglary-proof glasses can be manufactured. Coloured laminated glass panes are made of float glass and PVB film. There are approximately 30 different film colours, and colour films and glass panes can be combined in different ways in order to create shades different from the standard colours. 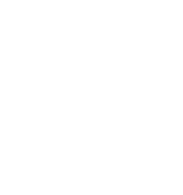